What are Lip & Tongue-Ties?

Lip and tongue-ties are technically two different problems, but they often occur in-tandem with each other. Lip ties are when the small pieces of tissue that attach your infant’s lips to their gums becomes overgrown, limiting their ability to move their lips and create suction, which is why many parents notice their child is having a difficult time breastfeeding. Tongue-ties are a little different. There are a few classifications of this problem, all having to do with the growth of the piece of tissue that connects the tongue to the floor of the mouth, called the frenulum:

It’s also possible for an infant to have a combination of these issues, which is why diagnoses from a professional is crucial.

Tongue and lip-ties have a long history of being diagnosed and treated, but they seem more common today than they did during your parent’s and grandparent’s generations. Why is that? With the rise in parent’s bottle-feeding their kids in the mid-19th century due to the development of the bottle and nipple, fewer parents were able to experience one of the most common signs of this problem: difficulty latching while breastfeeding. Because breastfeeding has become increasingly more common today, there are more parents visiting their child’s pediatrician seeking help with nursing issues, leading to diagnoses of lip and tongue-ties in their infants.

How Can You Spot the Signs of Lip & Tongue-Ties?

By keeping a close eye out for these signs, you’ll be able to seek help to address the root cause of all of these issues.

Your baby’s wellbeing is your top priority, and being informed of common issues in infants is a great way to be proactive when it comes to making sure they stay healthy. With help from your pediatric dentist or pediatrician, you can tackling lip and tongue-ties before they lead to development barriers for your little one down the road.

Dr. Angelica Rohner taught special education for two years before attending the University of Mississippi School of Dentistry for her DMD degree. She then completed an additional two-year pediatric dentistry residency before becoming Board-Certified in pediatric dentistry. She has countless years of experience educating children about their smiles and treating patients of all ages, from infants to teens. She also offers specialized services for little ones, such as frenectomies and children’s orthodontics. To schedule an appointment, visit Dr. Rohner’s website or call 205-870-0892.

Comments Off on Are Lip & Tongue-Ties Becoming More Common? Yes, & Here’s Why

Sorry, the comment form is closed at this time. 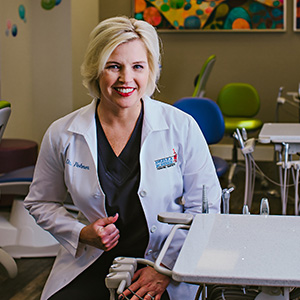